The Punjab Vigilance Bureau today arrested a private person who was collecting money as a bribe from a revenue Patwari posted at Rajpura, Patiala district.  The arrested person is son of accused whose father was demanding bribe by impersonating himself as an Inspector of Vigilance Bureau.

Disclosing this here a spokesperson of Vigilance Bureau said an accused Balwinder Singh @ Guddu of Rajpura town  was demanding Rs. 5,00,000 as bribe from Dharampal Singh, revenue Patwari, posted at Rajpura by blackmailing him and was impersonating himself as an Inspector of Vigilance Bureau.

The spokesperson informed that the complainant Patwari has approached the Bureau and lodged a complaint in this regard. After finding the facts of impersonation as cop, a VB team laid a trap but accused Balwinder Singh  didn’t arrived and sent his son Gurdhiyan Singh for receiving the money from the complainant.

The VB team has immediately arrested Gurdhiyan Singh at the spot near railway bridge, Rajpura red-handed while accepting Rs. 50,000 as bribe. 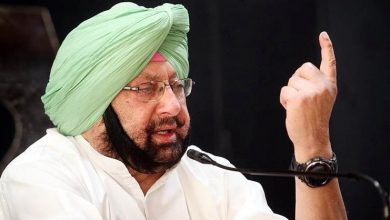 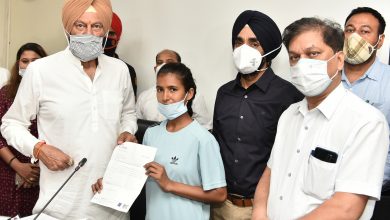