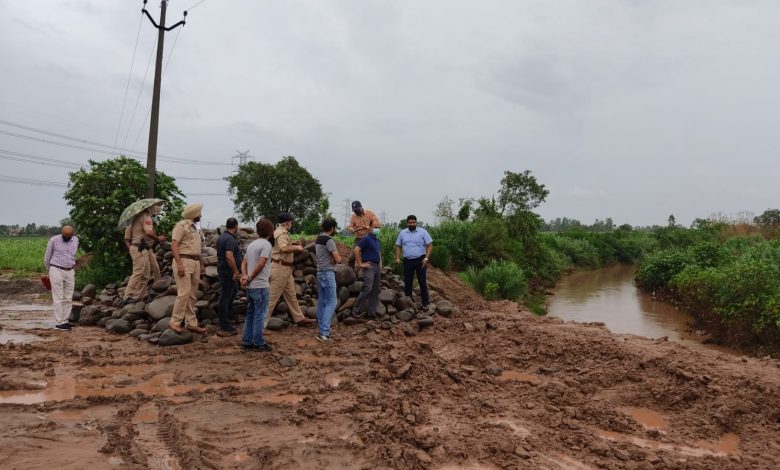 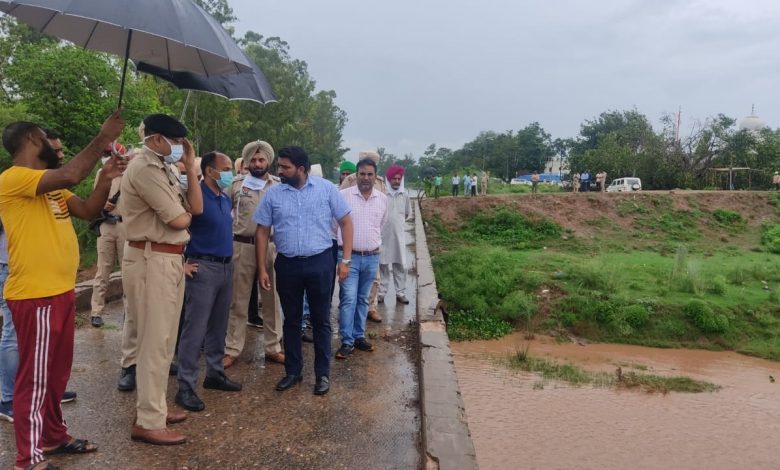 Inspecting village Sarala khurd where side protection work of left side of river Ghaggar was done by providing bolder stone apron and pitching and a stud as a part of river taming works, the Deputy Commissioner asked the officials to be on alert in view of the ongoing monsoon season to protect the river from any type of damage.

He also took stock of the work done at village Marru where protection work of right side bank on river ghagar was done by providing bolder stone apron and pitching. These works were done by the drainage department.

Apprising the Deputy Commissioner of the current flow of water in the rivers, Drainage officials said that at present 23000 Cusecs of water was flowing in Ghaggar river at Bhankharpur and 8465 cusecs at Pehowa road in Tangri river and in wake of the rainy season, the drainage department was fully alert to avert any kind of untoward incident.

Meanwhile, Mr Kumar Amit and SSP Dr Sandeep Garg interacted with the local residents and said that as per the directions of Chief Minister Captain Amarinder Singh, the district administration has made adequate arrangements to meet any sort of situation in wake of rainy season.

Mr. Kumar Amit said that due to rains in catchment areas, the water level in Ghaggar, Tangri and Markanda rivers has increased but the district administration is keeping a close eye on the flow of water in these rivers. He said that at present these rivers were flowing below the danger mark but the entire district administration including the drainage department and other concerned departments were fully alert in view of the possibility of rising flow of water in them.

The Deputy Commissioner directed the Drainage Department to make all arrangements for the safety of life and property of the common man.  He appealed to the people to be aware of any kind of rumors about floods and in case of floods, information can be given to the flood control room on 0175-2350550.

Italy has now made a device that can kill the corona virus. 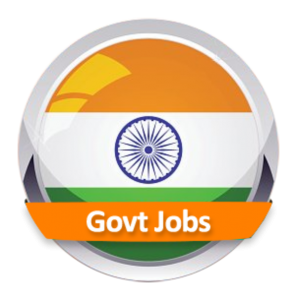