Chandigarh, Asserting his commitment to making Punjab an industrial powerhouse, Chief Minister Captain Amarinder Singh on Tuesday said he wanted the state to lead in both, industry and agriculture, to put it on the path to future progress. He was addressing a Virtual Meeting with top industry leaders across the country as part of a day-long brainstorming conference, steered by Chandigarh University Chancellor Satnam Singh Sandhu. The Chief Minister thanked Chandigarh University for being among the first to come forward during the pandemic crisis to offer their premises for conversion into a 1000-bed Covid Care Centre, and to distribute sanitisers, masks and other essentials. Underlining his commitment to taking Punjab on the trajectory of industrial growth, the Chief Minister desired to kickstart the process of the transformation within his lifetime so that the future generations in the state could be secure. The concern at present, however, was the rising number of Covid cases in the state, with the Punjabi spirit of `koyi gal nahin’ (no worries) causing people to delay going for testing and treatment, said Captain Amarinder. While this was a nice spirit, it could prove to be detrimental in certain instances, as amid the pandemic, he said, adding that he had conveyed as much earlier in the day to the Prime Minister too. The higher than Haryana mortality rate of Punjab was due to this attitude, which led people to delay going to the hospital till it became inevitable, he added. Inviting the industry stalwarts to visit Punjab and gauge for themselves the conducive industrial climate created by his government, Captain Amarinder cited the state’s business friendly policies, seamless connectivity, high-end infrastructure, skilled labour, along with reputed educational institutions offering excellent placement opportunities with focus on skill development as some of the key factors making it an ideal investment destination. Captain Amarinder lamented that the Akali politics had cost Punjab its industrial belt by pushing for state’s reorganization in their bid to create a Sikh dominated state through the Punjab Suba Movement. Further, he said the water crisis had impacted agriculture too, putting the state in a difficult situation. With agriculture not sustainable any longer due to the depleting ground water table, his government had gone into an over-drive to boost industrial development, he said, adding that the new rules allowing deferred clearance for industry would facilitate growth in this area.  There is a lot of interest in Punjab, with the various incentives and policies, including power at Rs 5/unit, attractive potential investment, said the Chief Minister. With investments worth Rs 65000 crore secured on ground in the past 3+ years, and with four mega industrial parks coming up, Punjab has already proved itself as offering attractive investment potential for large corporates, he added.  Even during Covid, the state has received investment of about Rs 2500 crore, he disclosed, adding that migrants were returning in large numbers since the lifting of the lockdown and 2.34 lakh units in Ludhiana were already operational. This, he said, showed that the state and its industry had always looked after the migrant labourers and the absence of strikes, truck unions etc were further encouraging industry to come in large numbers. To revive industrial growth and economy in the post-Covid era, the state government had appointed a high-level expert committee headed by leading economist Montek Singh Ahluwalia to formulate short and medium term action plans, the Chief Minister informed the meeting. The meeting saw various leading industry leaders come out with recommendations/suggestions and concerns on the way forward. Sanjeev Mehta of Hindustan Unilever requested for 12-hour shifts to be allowed for workers and one designated person in the district administration to coordinate with the industry in the eventuality of spike in Covid cases among the employees.  He also sought a nodal officer in the government to coordinate for the company’s proposed Rs 500 crore investment in the state. He offered partnership with the Punjab government for a women empowerment (Shakti) programme. Biocon’s Kiran Mazumdar Shah said Punjab had immense opportunity for investing in digital healthcare and systems to create jobs. Punjab has the ecosystem available, which she said her company could leverage to create jobs for youth in the state. The Chief Minister said healthcare infrastructure development was a key priority area for his government too and he had sought central government’s support for the same. CP Gurnani of Tech Mahindra, whose company is set to start the Plaksha University in the state next year, requested for innovation hubs in Patiala, Ludhiana and Mohali, for development and collaboration with the state government, especially given the opportunity that had opened up to decreased dependence on China. Captain Amarinder pointed out that Mohali had been developed as an IT hub and the potential for industrial expansion and growth in the state was huge. Volvo company’s Vinod Aggarwal sought a clear state policy for the automotive industry, for which Punjab still had huge untapped potential. His company was certainly looking at Punjab as its next investment destination, he said, suggesting the creation of training centres to reduce drop-outs by youth. Auto labs could be set up for training the youth and giving them employment once their training is complete, he added. The Chief Minister agreed to the point raised by Rajeev Talvar of DLF Developers Ltd that affordable rental housing was essential for urbanisation. Uber’s Pawan Vaish called for early adoption of electric three-wheelers, and said his company offered great opportunity for transformation of informal to formal economy. Rahul Sharma of the Amazon Web Service expressed his pleasure at the ease of doing business in Punjab, as promoted by the Captain Amarinder government. 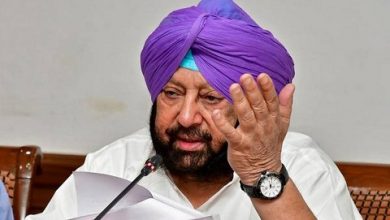 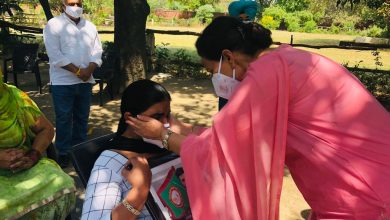 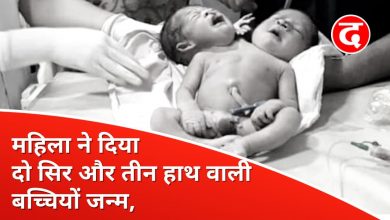